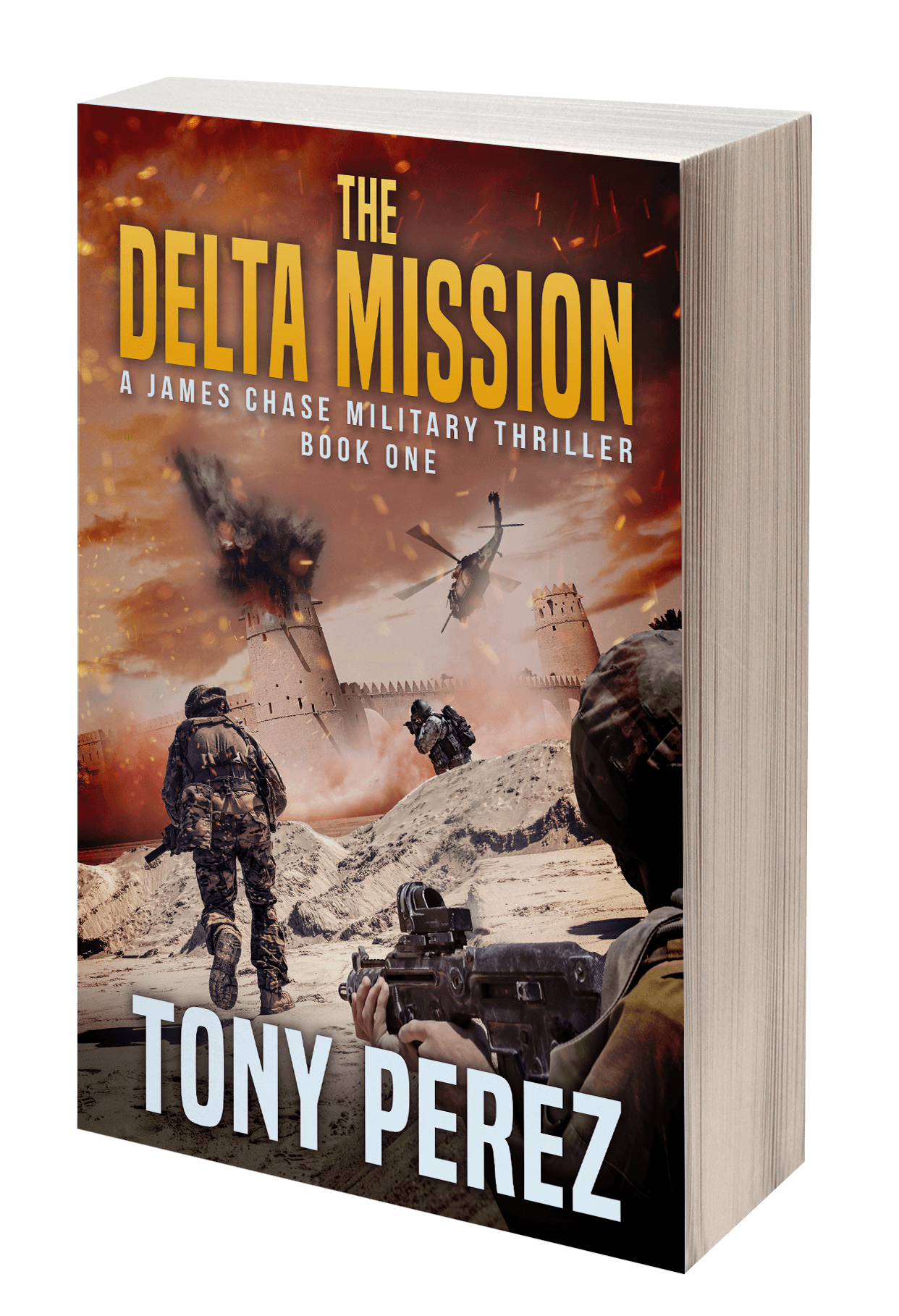 THE DELTA MISSION BOOK ONE

The year is 2013. Warrant Officer James Chase is a member of an elite Delta Force Unit, a top soldier in the United States Army. On this brisk November morning, he’s enroute on another mission to capture a High Value Target. He has no reason to believe that this mission will go any differently than the dozens of other missions he’s been on during his military career. He’s about to find out he was wrong…
In a thrilling and fast-paced tale of survival against seemingly unsurmountable odds, Chase is now racing against time in a desperate attempt to avoid detection by the terroristic Islamic Revolutionary Guard. Surrounded by enemy forces in hostile territory, Chase knows there’s only one thing he can do to survive his harrowing ordeal, and that is to escape Iran. However, his enemy is now aware of his plans and won’t stop until Chase is captured or killed.