THE DRAGON & THE EAGLE

THE DRAGON AND THE EAGLE

It was supposed to be just another routine training exercise. At least, that’s what the captain and crew of the USS John S. McCain believed, up until a hypersonic missile hit the ship and sunk her in the icy waters of the South China Sea.

When James Chase left Delta Force over a decade before, he had believed his days of fighting terrorism -- both domestic and abroad -- were over. As a CID Special Agent assigned to protecting the Secretary of Defense, his days had become almost predictable.

Yet now, facing the very real risk of global conflict, he has found himself once more in the middle of the fray. This time, however, the stakes are so much higher. In the exhilarating sequel to The Delta Mission, Chase returns in The Dragon and the Eagle in a frantic race against time to prevent the assassination of the Secretary of Defense… even as war starts to
unfold between China and the United States.

Can he keep himself and the Secretary of Defense alive long enough to witness the culmination of these mounting hostilities in the Far East, or will the red curtain ultimately fall on him next? 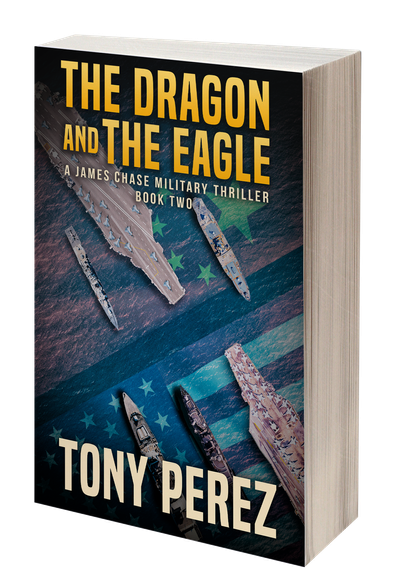